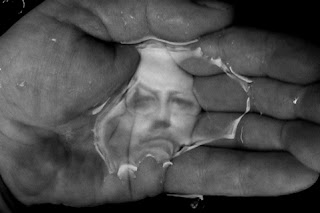 "......in this story, Antonino takes photography close to the inwardness of the imagination unshackled from the real, and to the irreducible logic of memory, dream, and fantasy. This is also the domain of fiction and, dare one say, of art. It is the rigorous unruliness of fiction— rather than the discursiveness of theory, or the objectivity of history—that becomes the mode in which Calvino fathoms the meaning and possibilities of photography. It is fiction that rescues photography from the risk-averse middle path of empiricism by toppling the eye, and the eye’s mind, into the abyss of the invisible. As he lets go of the hope of capturing with his camera the “essence” of the woman he desires, Antonino stumbles upon his art’s most difficult secret: “Photography has a meaning only if it exhausts all possible images.”
-Aveek Sen on Italio Calvino, The Adventure of a Photographer